Hidden behind the fridge of a Pastrami bar is Paradiso, a “clandestine” cocktail bar that this year has entered the prestigious list of the 50 best bars in the world.

Outside, Borja Goikoetxea, 28 years old and the Best Barman of Spain 2019, welcomes us with a smile. With an awake look and skillful speech, the excitement and the love he feels for this profession emerge from the first moment, even before turning on the recorder.

You started as barman in your village when you were only 17 years old, inspired by your brother, and also asked to work for free just to be able to use the cocktail shakers and learn. Shortly after you moved to Bilbao and when you were 23 you arrived in Madrid. You are currently working in the Paradiso cocktail bar in Barcelona.

What differences do you find between the cocktail scenes of both cities?

Madrid is a statelier city, Barcelona seems to me younger and more European. In Barcelona there are more options in terms of Bar concepts, although Madrid has more potential for growth. In Madrid you have to set up shops that are more of a 360º concept (food, wine, cocktails… unless you go with a very aggressive style). Barcelona allows you to be more “Freak” in the good sense.  Barcelona, perhaps because of the beach, is more similar to Bilbao than Madrid in terms of business models.

The first moment when I felt like I was being a catering professional. What caught my attention the most was the affection my brother received from the people of the village, people that if he hadn’t worked behind the bar he would almost certainly never have met.

I started in that same bar, but with the aim of dedicating myself to this profession. The moment was when, already behind the bar, I saw that people called me by my name, and I received their affection. I was a very embarrassing person and that job allowed me to meet people who taught me a lot, not only about the bar but also about life. And I have not been aware until after the years, how I lived a few moments that were changing my life.

The last test of the contest consisted of opening a mysterious box and preparing a cocktail with its ingredients. What was in the box and what cocktail did you make?

We had 20 minutes to make the cocktail and generate an ad hoc story. In the box there were different aromatic herbs such as thyme, sage and rosemary. Figs, ginger, red pepper, a chili pepper, citrus, passion fruit…

What was most valued was that we make the most of those ingredients without the typical tools of a bar. We only had one blender so I had to improvise.

We didn’t have fires, but it was a very hot day. I used the sun that fell at one end of the table to let a syrup macerate with different herbs and thus make an infusion.

With the fruits and vegetables, I made a base and with those basic flavors I chose a tequila and mezcal. 20 minutes and “palante”: I called it “Aire de Jalisco”.

Cocktails are quite subjective -whether you like them or not, depends on each of them-, how do you decide which is the winning cocktail?

When you have a professional jury as in this case the taste is not so much the protagonist. There are other factors such as personality, attitude, elegance and your own style. You may like the cocktail more or less, and obviously if they like that gives you some extra point, but what really matters is what you’ve been developing throughout your career and as you show there.

If you could have one drink, just one, and you knew it was the last one. Which one would you choose?

Ugh… difficult. I guess I’d like to finish with what surprised me the most at first: an Old Fashioned. The dilution, the type of sugar, the bitter… there is so much complexity within three ingredients. Besides, it’s the representation of what cocktails are today. A sweetener, a citrus and a distillate. On the basis of this, a world of possibilities opens up…

What do you drink on your night off?

Once or twice a month I like to do a little roulette around the city and try new things. If I can I also like to go outside. Even so, what I try most is to stimulate myself with other different things such as cinema, seeing art or going out. But mainly I dedicate it to eating, seeing different restaurants and different flavors.

Also, I suppose that in Barcelona in this world you almost all know each other.

Yeah, and it’s a lot of fun! Although you often end up making out more than you expected when the night started – laughs –

Do you tend to be very critical when you go to another bar?

I try not to be. I think it’s something that’s not good for our industry. We live in a very beautiful time and there are many people who dedicate many hours and a lot of effort to it. I never sit at the bar to look directly, although it is inevitable to look at details (professional deformation) – laughter-.

The more offers and venues there are, the easier it will be to create an experience and a culture for customers. There is no good or bad wine, there is wine that you like and wine that you don’t, but you always have to value the work behind each bottle.

I try to bring out the virtues and if I can help them a little, when they sometimes ask me, I’m happy to do it.

Which is the most popular spirit at the moment, and which is the forgotten one?

Most popular: Gin thanks to the Gin & Tonic boom.

Forgotten: It’s a difficult question, during these years have recovered many that, without being forgotten, if they were badly treated as Tequila. We are understanding how noble it is and the work behind it, which before we only used for the party shot.

There are many aperitifs of wine bases, aperitifs infused in different fruits and herbs that open us a world of possibilities.

Another one forgotten as sherry wine was not very involved in the world of cocktails, but it is more and more inside and it is thanks, and it is sad to say, to the international public.

Thanks to cooking we have discovered techniques and machines that we didn’t know could be used in a bar. A centrifuge that allows you to leave the solid parts on the walls and make clarified to prepare a cocktail as silky as possible.  A refractometer that allows you to know the sugar level of your syrups, the use of liquid nitrogen, dry ice … something that seems very obvious but until five years ago was unthinkable.

In fact, we at Paradiso work more like a kitchen than a bar, in terms of organization and service.

This year we have focused more on looking for products than techniques. Nowadays it is very difficult to find unique or different techniques and because of our day to day we have focused more on products. A vitamin that generates a fluorescent cocktail in a natural way, a “magic” plant that removes the sweetening sensation from your palate and that allows you to make a cocktail that, in the middle of the cocktail, changes its flavor… and the best thing is that these ingredients can be combined with current techniques.

Yes, and if we want to be the most sustainable is the only way. In addition, it will never be the same to use a puree, or an industrial syrup than a seasonal strawberry.

The World Class Competition Final will take place in September in the Scottish city of Glasgow. How do you prepare?

It’s complicated. From one day to the next your plans change and you have a month, month and a half to prepare 6 challenges in which you will face the best bartenders from 55 countries. You have to look for something different from what is being done, that is very in tune with you, you have to investigate a lot, do market studies, crockery … and also you have to combine it with the day to day, the bar, travel …

The main thing is to understand well the challenges that the world organization asks of you. I see it as an opportunity to enjoy and meet people of the highest level. Evidently you want to do it well, you represent a country and an industry. In addition, what you use here may serve in the future for other things. Going out, avoiding yourself a little, going to the mountains to see plants that can give you an idea, to the beach with your mother, that only with her intuition can give you super valuable advice.

It’s hard to explain how you prepare it. There are tests that you can not prepare, such as those that take you to a market with 20 euros and you have to prepare a cocktail. In the end what counts is the work and the tools you have acquired during all these years.

How do you see cocktails in the long term?

It will always be there. What we have to try to do is to educate society and future generations. Drinking is a hedonistic experience, you don’t need it to live. If I can make it healthier, I can offer you different products that you’re not used to trying, different glasses designed by us…. If people see that it’s something else… if we as bartenders become aware and try to be humble and keep this at the highest possible level and in the most understandable way for the customer I think it will never end. 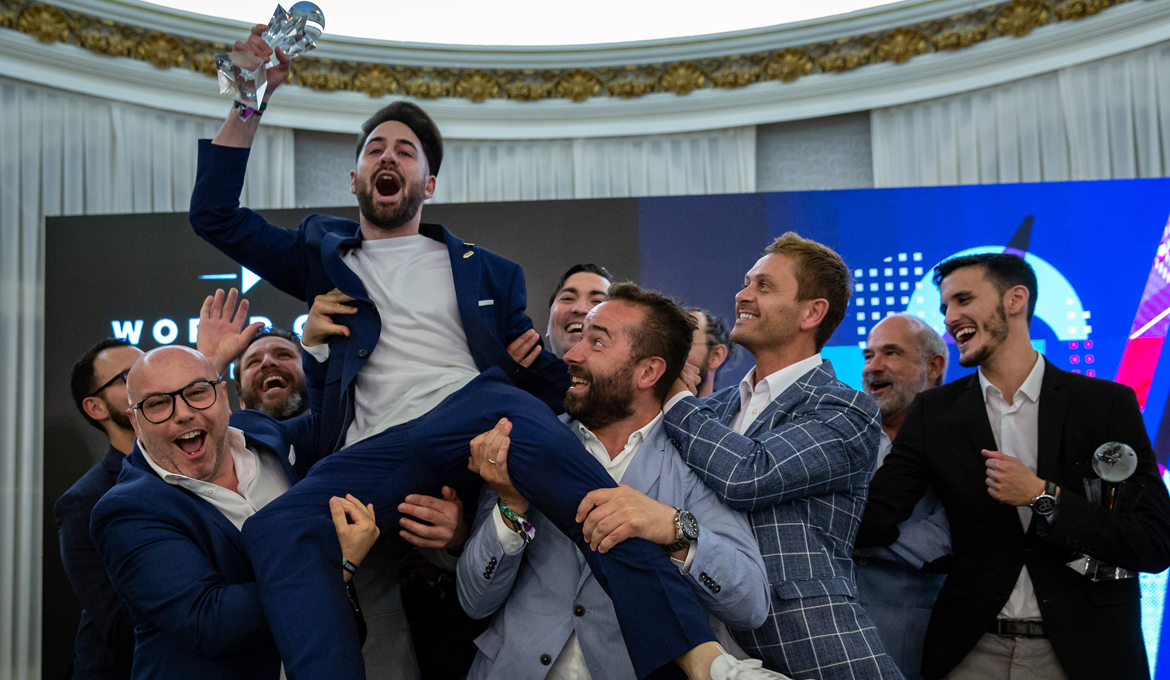